Other Board ​Members:     Roy Malone and Herb Zoehrer

Note 1: The office of Treasurer, a duty separate from that of Fundraiser, is held temporarily by Tom Boyce. Total funds in the class treasury as of December 31 stand at $39,671. All outstanding debts, including those resulting from the recent reunion have been paid. This figure should not be confused with the contributions the class has made over the years. Those contributions were reported by the Class Fundraiser at the Annual Meeting this past June and will be further reported in the near future. The detailed Treasurer’s Report is available via an e-mail request to Bob Dunn: robtdunn at aol.com.

Note 2: A meeting of the class Board of Directors still pends. Agenda remains TBD, but suggestions are solicited. WriteTom Boyce at moomapa51 at gmail.com. 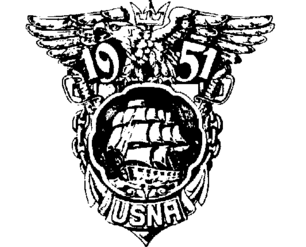